“Is this game great for the playground? ABSOLUTELY!”

Hello and thank you for joining me once again for episode 33 of the PE Umbrella podcast. The ONLY Primary and Elementary PE podcast dedicated to providing you interviews, resources and reflections that will impact on your own teaching on a weekly basis!

This week, I had the pleasure of experiencing the game of Four Square for the very first time, and from first impressions, I’m frustrated that I have waited for so long.  I have actually known of/about the game for some time now, allow me to explain…

My wife is American, and grew up in the state of Pennsylvania. After we were married (2009) and she knew that my career was to pursue teaching with a particular passion for Physical Education, I remember her telling me of her fond memories of Four Square and how it was the coolest game she played during recess when growing up.  I vaguely remember my response being something along the lines of ‘yes sounds great…(raised eyebrows) and nothing much more was said.  However, as I progressed into teaching and we moved back to the UK, it had again been mentioned on several occasions which prompted me to ‘give in’ and see what the fuss was all about!  After browsing the internet I could absolutely see the fun and value in this game and mentally stored it ready to play in the near future.  As is the demands of teaching and the fact my memory is like that of a sieve, I forgot about the game.  That is until earlier this week…

During this episode I explain all about the rules of four square before reflecting on delivering it as part of an after school club for the first time this week.  While I would like to think that my explanations do the game justice, there is a comprehensive list of rules and variations that you can access by clicking the links below.

As this is so popular in other parts of the world, I realise that for many of you, I will be repeating things you already know.  However, I would like to think that I offer my own fresh perspective on the game itself and if by releasing this podcast, if I make even one teacher aware of this game that didn’t know of it before, then I will feel like it is a job well done. I’d like to think it can catch on across more UK playgrounds and I’ll certainly be pushing the case over the coming months here in Harrogate. Below is a video of the game in action. It is worth noting that this is an advanced version of the game with some obvious modifications from the basic rules. However, it does present a better idea of what the game does look like!

Is Four Square worth using in a PE lesson? – My answer to this is it depends.  In my opinion, I probably wouldn’t use this as a sole block of work or as the focal point for a unit.  It would however have a strong case to be used as a skill development practice as part of a lesson due to the number of key physical skills that this game challenges and helps to develop.  An obvious fit for me would be using it as an activity in a tennis block of work to help strengthen hand-eye co-ordination and movement skills, as well as striking an object.  It is easy to remove two of the squares and have children pair up and simply rally as 1v1 together.  Start with simplified rules (Large ball, larger space, 2 bounces etc) and build up from there.

Will it work in my school playground Playground? – ABSOLUTELY! This game is right at home when it is part of a busy school playtime and is easily managed by the children themselves once they understand the basic rules!  Simply chalk on the lines if you don’t have a space already and allow the children to get stuck in.  Many schools use young leaders/playtime leaders as part of their lunchtime programs, delivering games to other school children. This can be another game to add to that collection for sure.

So come and get stuck in to this weeks episode of the PE Umbrella podcast and click above to listen NOW or head on over to iTunes to subscribe to the podcast and listen whenever you choose, at your own leisure! I’ll catch you ‘Under the Umbrella’

I Hope that you enjoy this episode, and I would love to hear your own thoughts on Four Square and your own experiences of the game.  Alternatively, if you haven’t tried it out yet, then get stuck in this week and let me know how it goes.  Simply tweet @ryansporting or drop me an email at ryanellis.peumbrella@gmail.com.

Be sure to subscribe to The PE Umbrella on iTunes or Stitcher radio by following the links above, ensuring you never miss another episode again!  It would be amazing if you could rate and review the show there and give me your feedback as it will help me further improve the content and the show that I provide for YOU going forward. Have a magnificent week engaging, motivating and inspiring your children, and I’ll catch you next time ‘Under the Umbrella’.

Subscribe To Our Newsletter
Become part of the PE Umbrella Community and stay up to date with all things Under the Umbrella!
Give it a try, you can unsubscribe anytime. 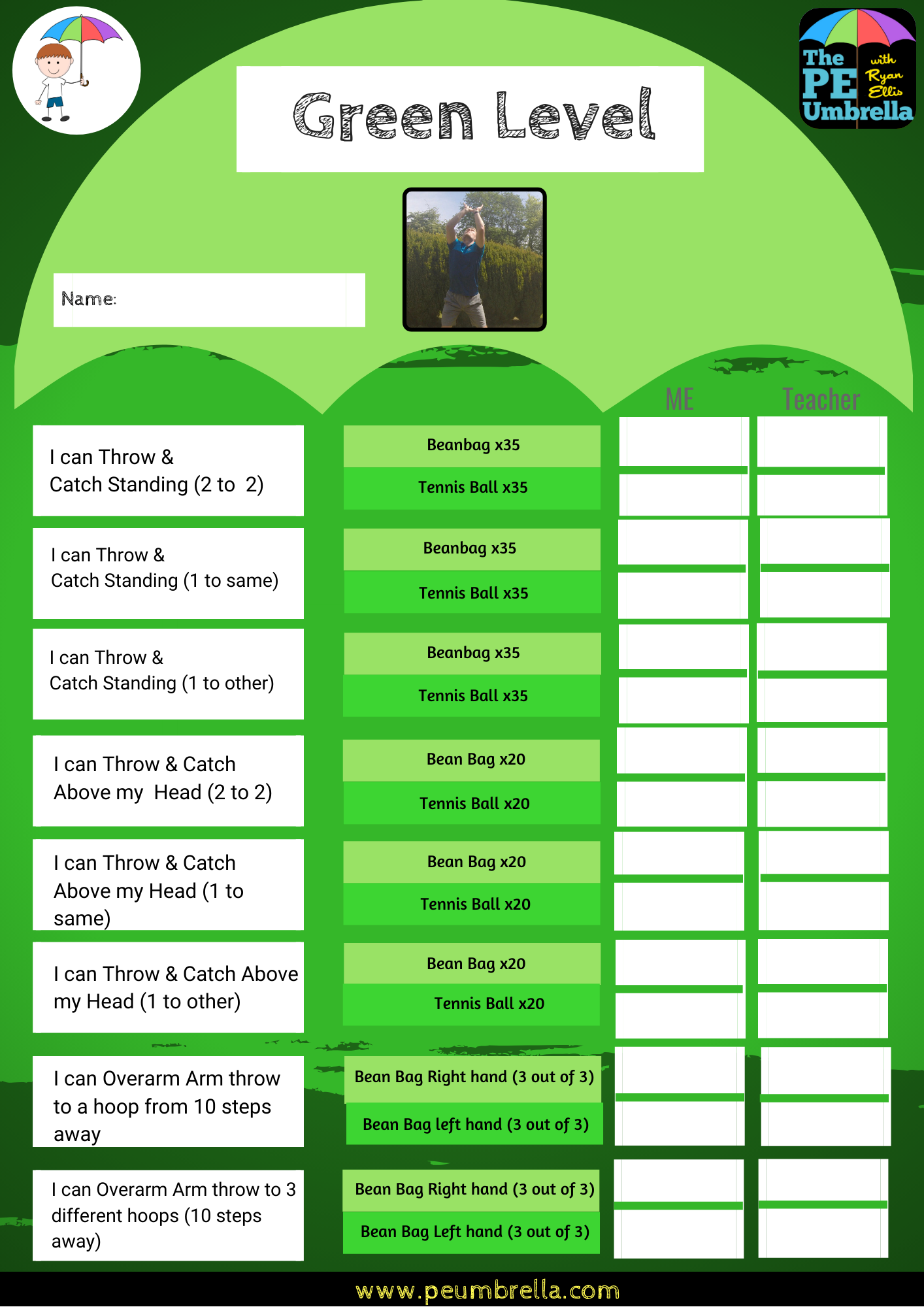 The Umbrella Method
Great for Socially distsnced activities and developing those fundamentals,
Grab your 30+ page Personal Challenge PDF's  &
Stay connected on all things PE Umbrella by joing our mailing list!